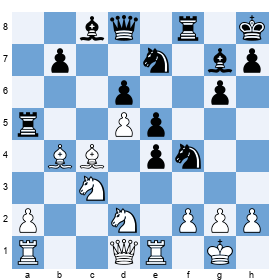 And Black played 17...Nc6! When I saw this blow I thought the earlier moves were wrong, but they are not...

Go to ChessPublishing to see more of the very latest King's Indian theory!