The opening was no surprise, with Anand's choice of the Grünfeld reflects his liking for lively piece-play. Topalov sticks with an active line which, apart from his own games, has seen many high-ranking games recently. The Bulgarian's second Cheparinov has also played like this and their combined preparation seemed far more to the point than Anand's in a one-sided opener.

So a fine win for Topalov which incidently makes him provisionally the world number one at 2817 ahead of Magnus Carlsen's 2813.

Here is the game with my annotations:

For the last couple of years this move has been popular. The point is that capturing the pawn on c5 has been shown to offer Black good piece play.

White also obtained strong pressure with 16.f4! f6 17.f5 (a similar idea to the game) 17...♗d7 18.♘f4 ♘c6 19.♗b5 in Najer,E-Safarli,E Moscow Aeroflot 2010. Topalov no doubt knew of this game but had probably settled on this approach in his preparation even before it was played.

Carlsen opted for 16...♗b7 when faced with this position against Karjakin and went on to hold the draw. 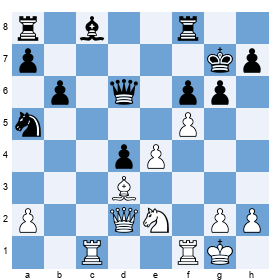 Is it necessary to move the queen again immediately?

Trying to block the wing, but this doesn't seem to dent Topalov's pressure. 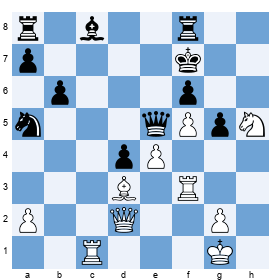 A decisive mistake. The idea is ...♖h8 but he doesn't get a chance!

Crunch! there doesn't seem to be a satisfactory defence whatever Black plays.

Neither of White's rooks can be held back. 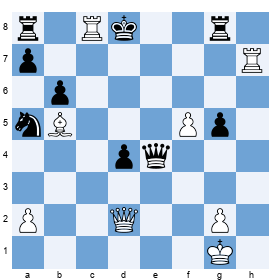