After last night's remarkable opening ceremony which involved a potted history of the area with vast numbers of choreographed dancers, music, special effects and a video welcome from President Medvedev and much more. There was even a living game, which of course featured the 'immortal game'! The costumes were impressive and the whole show was a highly professional effort.

I just have to say that it was absolutely fantastic, and well done to everybody who was involved!

Here is the latest video from our friends at Europe Echecs.

Of course, apart from the chess on the board, there is the political manoeuvring away from it, in anticipation of the elections here which essentially boils down to Anatoly Karpov vs. Kirsan Iljuminov. Here is Kirsan's slogan, what do you think?

All you need is love ...and Kirsan! ©Chessanytime.com

The first round today involved 'top half versus bottom half' pairings, which led to a round of mis-matchs. Although there were one or two individual shocks, over a four board match its tough for the underdog with such large rating differences. Indeed the favourites prevailed throughout.

The top image shows the city and the plain beyond from one of its famous seven hills. The following one is from one of the billboards putting chess on people's (of all ages!) minds in the city.

Chess on the billboards © chessanytime.com

There will already be some rather more balanced matches tomorrow and maybe an upset or two!

Starting times for the rounds are as follows:

One noticeable trend is that several of the young stars have already made it to top board of their Olympic team despite their age. Here are two that caught my eye in the first round: 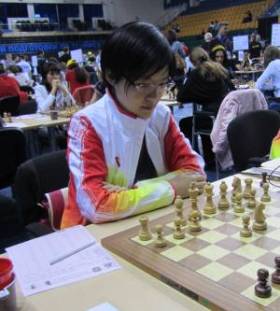 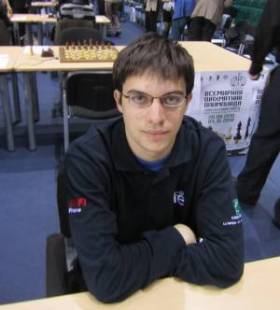