Boris Gelfand had no problem in seeing off Sergey Karjakin and won again. The Israeli continued to demonstrate his stamina and good form by showing no mercy to his young opponent. Karjakin has in the past represented the Ukraine, but will apparently be switching to Russia in the future.

Whatever his allegience, he will know that he didn't play at anything like his best in these two games.

Coming back from a loss with White in the first leg doesn't happen very often, so Karjakin's chances were slim, but again one feels that he should have been tougher. The only example I can think of from this World Cup (of such an unlikely bounce-back) was a second round match where Li Chao won the second leg, and then next day the play-off, against Yannick Pelletier. 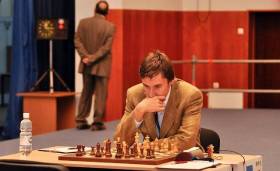 Karjakin before it all went pear-shaped yesterday.
© official site

In the other match two, somewhat cautious, draws maintain the suspense, so tomorrow rapid games will be required to determine the winner.

Their only other meeting, according to my databases, was another solid draw in the Spanish league three months ago. 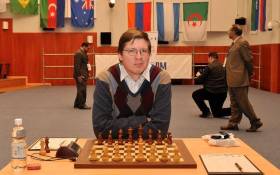 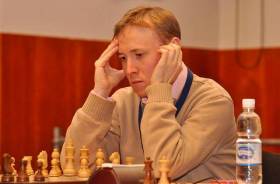 What can Ponomariov do to break down his ultra-solid opponent in rapid chess?
© official site