Here are the full results of the five matches decided today:

Last year's finalist Ruslan Ponomariov is still there, but only after a tough scrap against Bruzon. 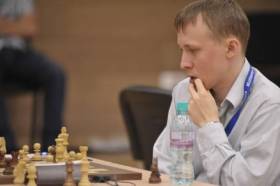 Gashimov has been very effective with the white pieces in Khanty Mansiysk, but lost twice as Black to Nielsen. 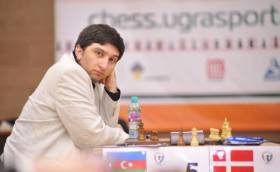 Sixth seed Alexander Grischuk, came back from a first leg loss, a rare event, but he wasn't alone, as Judit Polgar did the same! 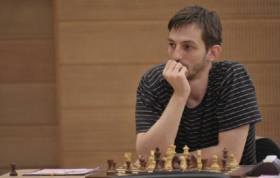 Two games at Rapid chess (25' plus 10" per move), then if things are all-square a pair of further games at (10' + 10" a cross between Rapidplay and Blitz), followed if necessary by two Blitz games (5' + 3"). Finally (as in Dominguez-Lysyj) an Armageddon Blitz game may be necessary, where White has more time (esentially 5 mins vs. 4 mins) but an obligation to win.

All photos today from the official site.