Alexander Grischuk bounced back from yesterday's reversal to equalize his match against Vladimir Potkin. Peter Heine Nielsen inflicted Vugar Gashimov's first defeat of the campaign, and finally the most amazing of was Judit Polgar's win.

Playing Black, in a long game she finally ground down Leinier Dominguez with her powerful bishop pair, for which the Cuban had rook and pawn. She held her nerves together to eventually win a tricky version of the notorious endgame of pawnless Rook and Bishop versus Rook.

Teimour Radjabov was assured of his qualification when Dmitry Jakovenko made a dubious sacrifice and offered a draw. 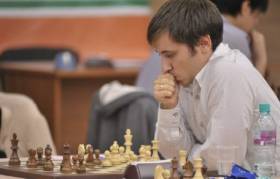 Svidler's combination is one of the best so far and so the US Champion Gata Kamsky will not be one of the last eight. 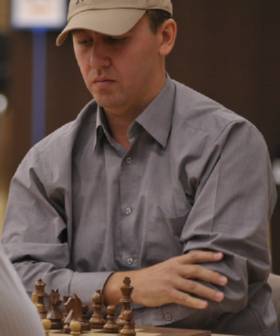 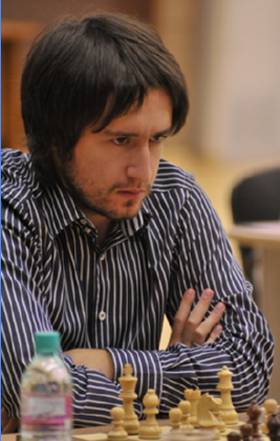 Also in the French Defence, Alexander Grischuk won the return leg after Vladimir Potkin's attempt to liberate with ...f6 just created weaknesses in his own camp. Black was forced to sacrifice the exchange under inferior circumstances and didn't survive very long. 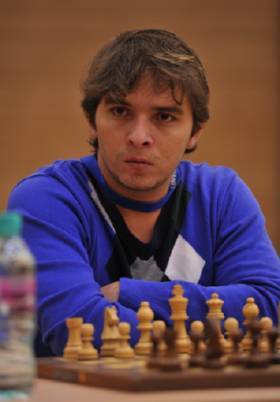 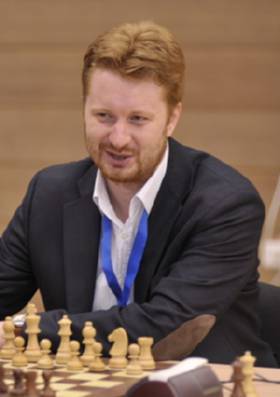 Here are the results in full:

The five play-offs are tomorrow, Thursday the 7th of September. They play two games at Rapid chess (25' plus 10" per move), then if things are all-square a pair of further games at (10' + 10" a cross between Rapidplay and Blitz), followed if necessary by two Blitz games (5' + 3"). Finally (as in Dominguez-Lysyj) an Armageddon blitz game may be necessary, where White has more time (5 mins vs. 4) but an obligation to win.