Jobava played the Nimzo-Larsen five times at the Fujairah Masters, scoring a stellar 4.5/5. Perhaps even more impressively, all but one of his opponents were Grandmasters! He kept the 1.b3 train rolling at his next event in December, the prestigious SportAccord World Mind Games. There he achieved only mediocre results playing 1.b3 in all his White games (+4, =2, -7), though he did manage to beat Ivanchuk, Mamedyarov, Giri, and Bologan. Thanks to Mr. Jobava's herculean efforts there is suddenly a wealth of high-level Nimzo-Larsen theory to digest. As such, I think it's only appropriate that we examine some of his fine efforts this month. 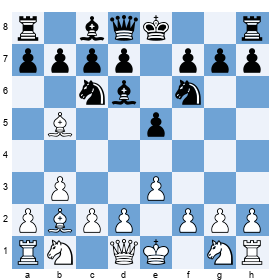 Jobava - Mamedyarov is a blowout in the strategically rich line 1.b3 Nf6 2.Bb2 g6 3.Bxf6!?, which is something of a Trompovsky-style approach to the position. The game is an attacking gem, and I can't help but show the final position: 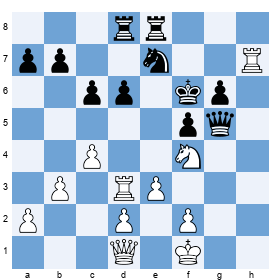 Go to ChessPublishing to see more of the very latest Flank Opening theory!