Kamsky played an ultra-solid system and Onischuk wasn't able to make anything from his space advantage.

Larry Christiansen's win (from a 2.b3 Sicilian!) over Irina Krush places him in fifth place on his own on 4/6.

Nakamura employed the fashionable Catalan opening to keep a game-long pull against Kraai.

Stripunsky-Shulman featured a sideline of the Winawer that is popular amongst club players. White sacrifices a pawn for activity, but Shulman wasn't impressed and after equalizing easily he proceeded to outplay his opponent. The rook ending race looked exciting but Shulman always kept control.

Here are the sixth round results in full:

In this event, the clashes between the top trio were drawn. 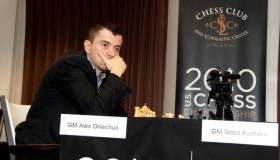 The ultimate winner will probably come from the players involved on the top three boards.

In the seventh round both Kamsky and Nakamura 'float down' to players with less points. 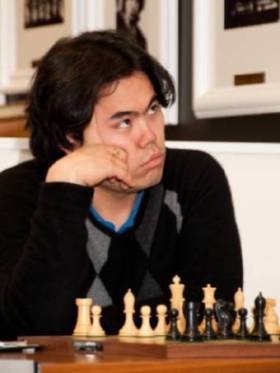 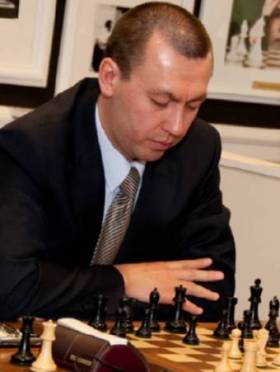