In the third round there are 10 Russians, 5 Ukrainians, 3 Azeris, and 2 Cubans, along with participants from 12 other countries. Four of these Russians lost, including of course Gata Kamsky's victim.

Judit Polgar's victory over Sergey Karjakin will certainly give her an excellent chance of getting to the next round, but she'll have to avoid losing with Black tomorrow first. 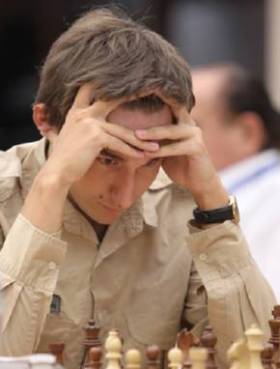 Alexander Grischuk's victory over fellow Russian Alexander Morozevich will be a boost for Grischuk's confidence as he has struggled to win classical games against strong contenders in recent months. Another Russian who lost today was underdog Igor Lysyj with black against the Cuban Leinier Dominguez.

Dmitry Jakovenko is also coming back into form and beat fellow 2700 Baadur Jobava.

The biggest surprise was Emil Sutovsky's win with Black over Vassily Ivanchuk. Apparently the Israeli GM previously had an appalling personal score with 'Chuky'.

Most matches (10 from 16) however are still in the balance. As for example are both matches

between two non-Europeans. Le Quang Liem versus Bruzon, and Gupta versus Bu.

The trio of Azeri stars all draw with Black and can look forward to the advantage of the white pieces tomorrow. 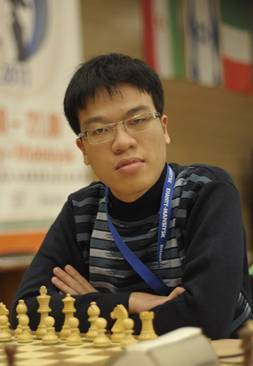 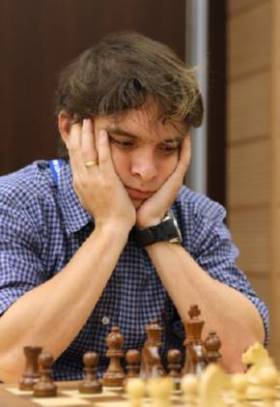 The ratings are those of July 2011, the ones used in this competition to determine the seedings. It is customary to use, throughout a competition, the ratings in force at the beginning of the event.

For the latest ones, dating from the 1st of September 2011, see our special feature on Elo ratings. 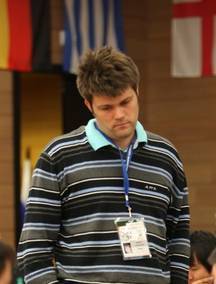