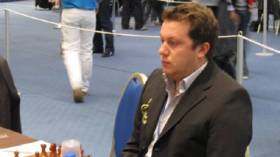 Here are the results in the open section:

The standings after four rounds:

So the leader board is already rather surprising with the top two seeds well down the field. One game point separates the leading group of five. there is only one player in the Open event who has 4/4, the Frenchman Christian Bauer. 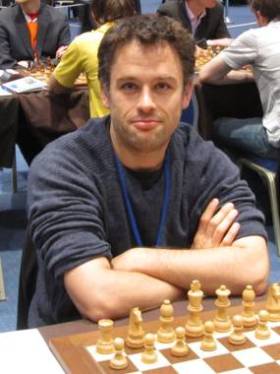 Christian Bauer: The only 4/4 player in the open 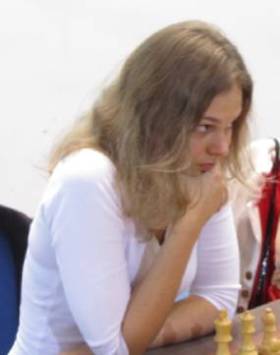 Anna Muzychuk: The lynchpin of the Slovenian women has 100%.

Amongst the women there are still four who have a perfect score. The best known of these are Tatiana Kosintseva (back to top form at last?) and Anna Muzychuk, who has been playing relatively lower-rated opposition. 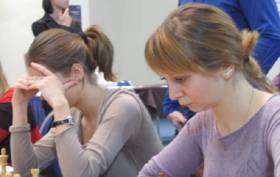 Russia beat Ukraine despite Kateryna Lahno beating Nadezhda Kosintseva on board one.

In the Women's event Russia and Georgia have won their first four matches.

3pm in Greece is equivalent to 2pm in Paris and Madrid, 1pm in London, 3pm in Moscow.

Other world starting times include New York 9am, Los Angeles 6am and Sydney 2am the next morning!

You can also find the team composition, results and statistics here: http://www.chess-results.com/tnr57856.aspx?art=8&lan=1&turdet=YES&flag=30