Carlsen's win eventually occurred deep in the endgame but the seeds were sown early in the middlegame. A tactical flurry led to a series of exchanges, leading to a double-rook ending, during which Carlsen won a pawn. Radjabov regained the pawn but Carlsen had meantime placed both rooks on the seventh rank creating persistant threats. Eventually the Norwegian was able to further simplify into a winning rook ending with two extra pawns.

Gelfand's win came at the expense of Nisipeanu. The Romanian provoked some tactical play, but Gelfand was able to find a defence and simplified into a clearly superior rook ending which he converted at ease.

Ponomariov kept a small pull from the opening and then found a way to steal a pawn, but Wang Yue's strong knight enabled him to hold the balance.

Carlsen will be gaining further rating points on this performance. His expected score is 6.2/10 and if, for example, he finishes with three draws he will gain eight Elo points and therefore pass the 2820 barrier for the first time. 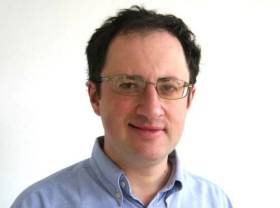 Gelfand won with the Petroff.