Judit Polgar sacrificed a pawn for some pressure in an opposite bishop middlegame. She had a repetition if she wanted, but decided to play for more. However it soon became apparent that she was getting less. 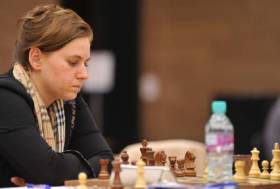 Svidler made no mistakes in finishing her off.

Teimour Radjabov's revenge came in an unusual manner. The Azerbaijani sacrificed a piece for two pawns in the opening, hoping that the passed h-pawn would cause some damage. Ivanchuk was unable to find an effective answer and indeed the h-pawn went the whole way!

David Navara played positionally and pressed with 'good knight' versus 'not so great bishop', with a pair of rooks apiece. He made decent progress and even won a pawn, but Grischuk found a way to wriggle out, but Navara will probably have a few regrets that he couldn't squeeze out a win.

From a Berlin Defence, simplification left Ponomariov with the superior minor piece, and he ground away. It took him over 100 moves, but in this case the knight beat the bishop!

There will be two matches in the tie-breaks tomorrow. However, Gashimov's first loss as White means he won't be there. Peter Svidler is now the only unbeaten player remaining in the competition. 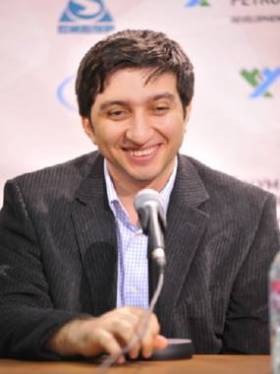 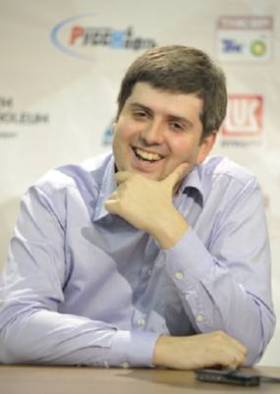