The top five boards were playing for the title, but once Nepomniachtchi won the others had to concentrate on obtaining some welcome prize-money as well as finishing in the top 22 (and qualification for the World cup). Anyone finishing on 8/11 or better qualifies directly, whereas finishers on 7.5 will play a series of play-offs tomorrow to determine the final qualification places.

Ian Nepomniachtchi has already won European and World titles when he was much younger (10 and 12 years-old) and even the very strong Moscow Aeroflot open in 2008. However this is definitely his best result to date. 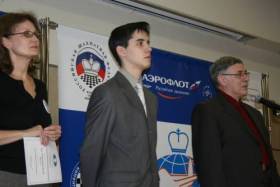 Another major title for Nepomniachthchi's collection. This was two years ago in the aeroflot open 2008.

The ten qualifiers are as follows:

Those who made the play-offs (on 7.5 points) will seek to be amongst the final 12 qualification places:

In the women's event Cmilyte's loss cost her only one place, but the title goes to the experienced 46-year-old Pia Cramling. 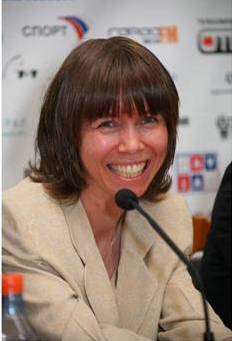 Most of the 2500+ players present found their way into the qualification spots.

Those who have to try their luck in the play-offs (11 players for five places):