Ivan Sokolov again defended against the Spanish, but switched variations by opting for the Zaitsev (he has already lost a game here in the Classical). Sergey Karjakin reacted in positional style and gradually made progress on the queenside. This induced the Bosnian to sacrifice material for kingside attacking chances but Karjakin successfully navigated the complications and even promoted a pawn in the middlegame, giving him a decisive material advantage.

Dmitry Jakovenko won a complex Rook and Bishop versus Rook and knight pseudo-ending against Victor Bologan which arose from a well-known hybrid variation of the Nimzoindian and Queen's Indian.

In both these examples refined Russian technique outdid the renowned tactical creativity of their opponents.

Last year's winner Alexander Motylev and fellow-Russian Nikita Vitiugov drew fairly quickly and thus continued to stay at fifty-per-cent with only draws to show for their efforts so far.

Onischuk and Jobava also played out a dull draw.

However Riazantsev against Naiditsch was an incredible game featuring sacrifices and counter-sacrifices before ending in a remarkable repetition where Black had two pieces less but with dangerous pawns and the initiative.

The longest game so far was Sergei Rublevsky against Emil Sutovsky. In a rook and bishop pseudo-endgame, Rublevsky was a pawn up, but his Israeli opponent had plenty of activity with good drawing chances. Later Sutovsky almost turned the tables when he won the exchange, but Rublevsky was able to defend.

The fourth round will start tomorrow morning: 10am (London), 11am (Paris) or 3pm (local time). 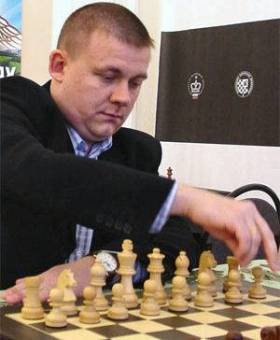 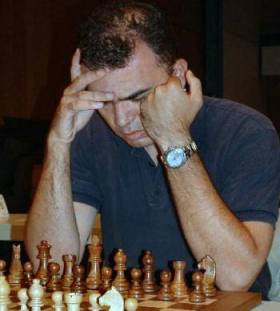 Ivan Sokolov: No joy in the Spanish @ chessinchina.net