The rest day seems to have reinvigorated the players who were involved in some hard-fought struggles with six out of the seven games going beyond move forty.

The sixth round featured four decisive results, of which three were with Black!

Gelfand was tricked by Inarkiev, the Russian having a strong resource at the end of a sharp line, as he gained two bishops for a rook. The ending was then hopeless for the World Cup champion.

Alekseev had Black against the (former!) leader. 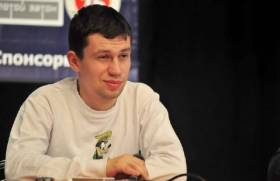 As a reminder here are the results from Friday's fifth round, which coincidentally was another good day for the holders of the black pieces!

The general impression is that the players are making hard work of gaining any advantage as White! 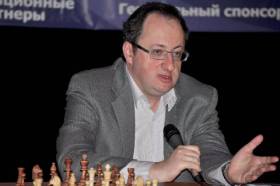 The rankings after six rounds:

Twelve of the fourteen players are within a win or a loss of 50%.