In the fifth round the two winners were Ivanchuk (who catches up with five others) and Eljanov who takes the lead.

In the most interesting encounters of the round: The unpredictable Ivanchuk managed to take the initiative in a lively middlegame which led to him having the superior, and as it turned out a winning, queen ending.

Inarkiev seemed to be going round in circles until he engineered a favourable breakthrough in the second session, but Jakovenko was able to save himself due to the presence of opposite bishops.

Wang Yue had a significant space bind which led to him penterating on the kingside. Eljanov however managed to sacrifice the exchange to liberate his position and in the complicated struggle that ensued White's king was the one most in danger. 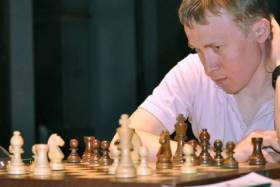 Astrakhan is proving to be hard work for those seeking to win by 'normal means', as there have been no White wins in the last three rounds! 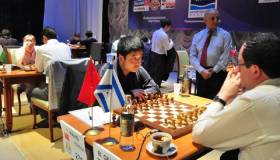 The next round will be on Sunday after the rest day tomorrow.