Already on July 1st the young Georgian had moved up to 2498 and was ranked seventeenth on the FIDE women's list. A significant gain in rating points here will take Dzagnidze (provisionally) into the world's top ten.

The closest challenger was world number four, the Russian Tatiana Kosintseva who is twenty-four-years-old and has been also gaining rating points of late. Their individual encounter went in Dzagnidze's favour, which essentially split the difference between them. 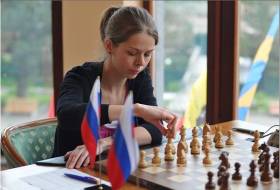 The three ex-World Champions present were veteran Maia Chiburdanidze, who hasn't been that active in recent years, Bulgarian Antoaneta Stefanova (World No.5) and the Chinese Xu Yuhua.

Gone are the days when Maia Chiburdinidze dominated women's chess in the pre-Polgar era but she is still officially the Georgian number one (for now!). Maia will be 50-years-old next January but has maintained her 2500 plus status, her highest ever rating being 2560 in 1988. 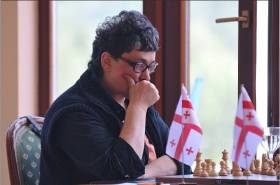 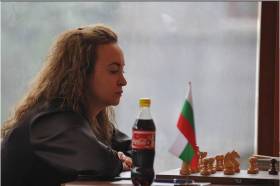 With an impressive score of 9/11 Dzagnidze obtained a remarkable 2746 performance and gained 36 points which I calculate will take her to eighth (still provisionally) on the women's world ranking list.

In the bottom half, European champion Pia Cramling (who recovered somewhat at the end) and former World champion Xu Juhua would have been disappointed with their performances. 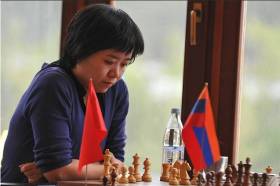