Today we saw the longest game of the match after which Anand must have been kicking himself for not converting the advantage. So the match situation stays all square:

Since the match began the new rating list came out on the first of May. Both players had gained some rating points:

The World's top ten as of the 1st of May:

There are now quite a few videos covering this event, have you seen them all?

A radical change of approach from Anand as he allows the Nimzoindian defence for the first time in the match.

There are several ways for Black to handle this standard position. Topalov opts for a solid one where he immediately releases the tension in the centre.

The double exchange of pawns has left White with an isolated queen's pawn (a potential weakness) but has freed up the development of White's light-squared bishop. 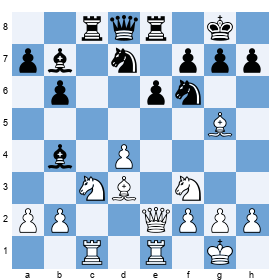 This exchange gives White the bishop pair, but in return Black has sufficient room for his remaining pieces.

Eyeing up the f4 and g3-squares. 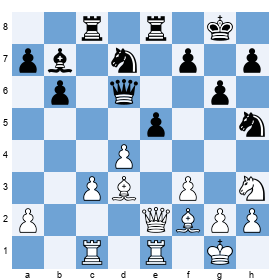 He could instead have played 20...♘g7 (defending the rook thus threatening the d-pawn) 21.♕d2 ♘e6 22.♗g3 with slight pressure for White, especially on the dark squares.

The rook returns home. In many cases judging the relative value of two rooks against a queen is dependant on their potential. For the moment Black is able to thwart any invasion by the White pieces but can he do so for the duration? Otherwise topalov has ambitions of his own to pressurize the d4-isolani.

After 27...♗xc4 28.♗xf6 Black's king will be chronically in danger, so Topalov avoids this but has to allow his king's defences to be loosened anyway.

If White now captures on e5 Black has ...♕d4+ recuperating material. So... 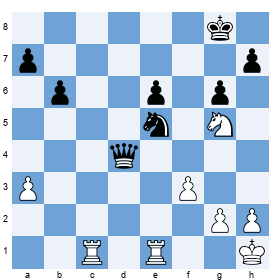 It's not just that Black has a weak e-pawn, the main problem is that his king is now open to the winds along the seventh and eighth ranks. Any counterplay on the queenside looks likely to be slow in the face of a combined attack by White's three pieces.

Anand isn't worried about his a-pawn, he wants to attack Black's king!

My computer prefers 38...♔g8, but Topalov wants to run away from his kingside. 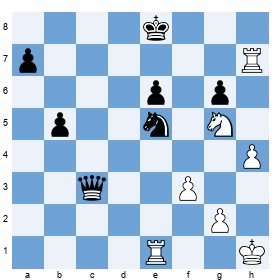 Despite this move being played on the kingside it opens up channels towards Black's king.

Anand was again getting short of time, but again kept winning chances alive. 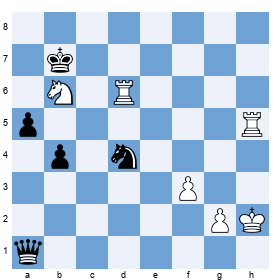 The best shot, as now White loses time to regroup.

Giving up the knight in order to limit Black's king. 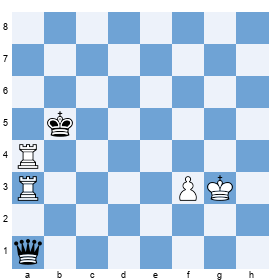 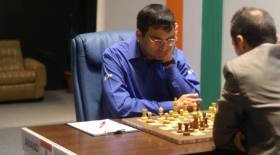 No joy in converting the advantage. @ official site.