Caruana didn't seem to have any particular attacking chances with his 'Isolated Queen's Pawn middlegame'. So he switched to queenside pressure where he exploited his lead in development. Wesley So lost a pawn, and then in the process of winning it back, a piece, and then, at the end, his king. 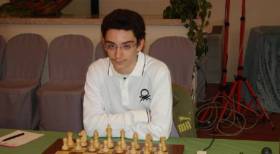 Rodshtein's win featured yet another Catalan, where in order to maintain his initiative he sacrificed his queen for rook, minor piece and passed pawn. The pawn proving to be impossible to stop for long.

Caruana is ahead of a group of four including today's other winner Israeli GM Maxim Rodshtein.

Top seed Maxime Vachier-Lagrave and Nguyen Ngoc Truong Son are both on 50% with only draws so far. 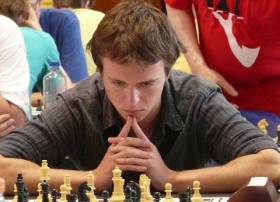 A second win for Rodshtein @ Chessbase