Nisipeanu played fairly positionally against Radjabov's Sveshnikov and was ready to pounce once the position opened up.

The longest game was Gelfand's win over Wang Yue. The position was very blocked but the Israeli was able to gradually organize a breakthrough on the kingside. After various deft tactical points he emerged a pawn up in an endgame, an advantage which he duly converted.

Here is a table which emphasizes the high level of the event:

It's early days but in such an event it's always important for the lowest ranking player to get off to a good start. 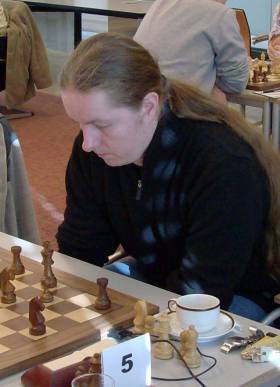 The best possible result for the Romanian Nisipeanu.

The tournament is in fact a double round robin over ten rounds with a classical time limit of 40 moves in 2 hours, followed by 20 moves in an hour, and then 15 minutes with an incremental 30 seconds from move 60.

The so-called Sofia rule (i.e. no draws by mutual consent before 30 moves) is in force. Ponomariov getting his draw offer in on move 31!