The ninth round results:

The leading players after the nine round swiss tournament:

Marc T Arnold may be able to claim a GM norm. 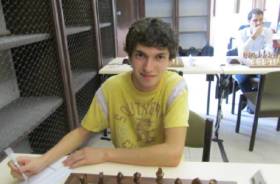 Of these the top 14 joined Viswanathan Anand and Shakhriyar Mamedyarov in the knock-out stage of the Corsica Masters.

The first round of which already took place this evening:

Rauf Mamedov - Tal Baron 2.5-1.5 (after losing the fairst game, Ruaf Mamedov made it through anyway)

Marc Arnold - Krishnan Sasikiran 1-3 (the American lost out in the Blitz but took one game off the Indian no.2)

Laurent Fressinet - Gabriel Battaglini 0.5-1.5 (the big surprise, as Battaglini easily won the first game and held out comfortably in the second)

Vasif Durarbeyli - Ivan Cheparinov 0.5-1.5 (Ivan did enough, but Durarbeyli proved to be a tough cookie)

Gawain Jones - Pavel Tregubov 3-2 (in the Armageddon blitz game, in the most evenly-matched encounter of all!)

Jean-Baptiste Mullon - Shakhriyar Mamyedarov 0.5-1.5 (Mamedyarov dominated the first game, and that was enough) 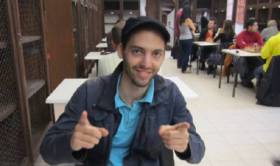 The Quarter-finals and Semi-finals will be tomorrow.