The openings were predictable choices, but the follow-ups sometimes were not. In Gashimov-Carlsen, the Azerbaijani reacted to Carlsen's Breyer in active style with a temporary piece sacrifice on f5. Material equality was soon re-established with White still having some pressure into the pseudo-ending, and then later in the simplified endgame, due to Black's inferior structure. Carlsen held, although his position looked a little shaky at one point.

Bacrot-Anand played into the theoretical piece sacrifice line where Black obtains three pawns and a solid kingside structure in compensation. Simplification led to an endgame with all the pawns on one wing, where Bacrot had bishop and two pawns against four pawns. A draw seemed to be the most likely result (especially as White had the so-called 'wrong rook's pawn'), but Anand actually soon resigned. Either the World Champion mishandled his pawn advances, or his position was perhaps worse for him than many would have thought.

The opening in Topalov-Wang Yue was a more cagey affair with Topalov maintaining a pull into the double-rook endgame. Wang Yue held by exchanging all the queenside pawns.

Magnus Carlsen still leads, but only by half-a-point from Etienne Bacrot.

Here are the standings after the third round:

Bacrot's second win in a row takes him above Anand in the standings.

Here is a summary of previous rounds: 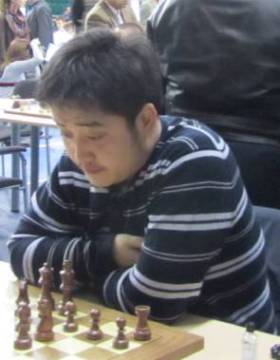 No wins yet for Wang Yue © chessanytime.com 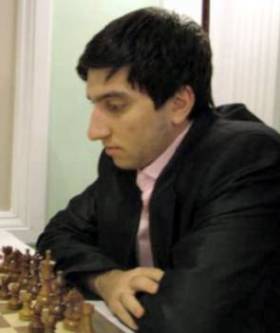 For those who like to follow the games, in Europe it means an early morning and in America a very short night!

where there is an option for English!