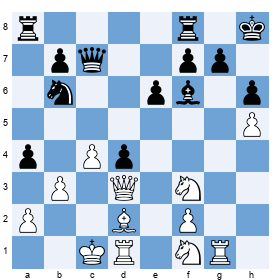 it was clear he was on top, and he won within a few moves. However, White does of course have improvements.

Go to ChessPublishing to see more of the very latest Caro-Kann Defence theory!