The two leading players from the whole series earn their qualification places for the next Candidates event. Aronian didn't bother playing this time as he has already done enough to book his place.

One place remains and Radjabov is the best placed, but winning here could give many of the others a sporting chance. 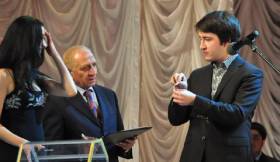 Twelve of the fourteen players are 2700 or more.

The first round games saw only one win, Gashimov trapping Ivanchuk's queen.

Ivanchuk resigned as his queen will be trapped in a couple of moves. 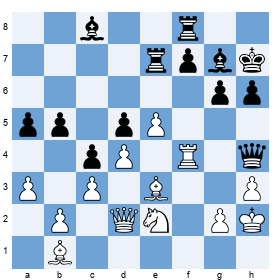 Astrakhan is at the northern end of the Caspian sea at the mouth of the Volga river and is three hours ahead of London, two ahead of Paris.

For more information on the event official tournament site