There is always some doubt about the amount of compensation that one gets with long-term positional pawn sacrifices. The second game being a good example, but just like yesterday the practical chances are what really matters and again the gambiteer triumphs!

This fianchetto denotes the Catalan opening where White aims for pressure along the long diagonal.

Topalov shows his intention to play ...b5, so Anand avoids that possibility.

Hitting at White's centre. Anand now heads for a line where he seeks rapid development at the cost of a pawn. 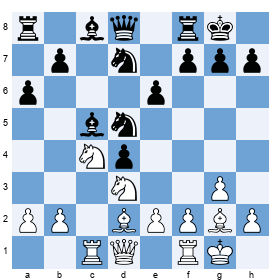 Black's problem in this type of position is the lack of prospects for his light-squared bishop, whereas White has four good minor pieces.

A novelty that proves to be dangerous against an unprepared opponent. Anand trades queens and thus removes an important defender.

Doubles pawns are not a problem if Black's pieces are tangled. For his pawn White has the easier position to play, but it's not clear that objectively he has more than enough compensation.

This may not be best, for example future defenders may look to 16...b6 17.♗d2 ♘c5 (or perhaps the immediate 16...♘c5), when White is denied the same pressure along the c-file.

There is no particular hurry here, Anand just improves his pieces and builds up his position, whereas Black has difficulties to unravel.

The positional threat is a4-a5 gaining control of the c5-square.

With everything in place; Anand starts to probe the Black position. 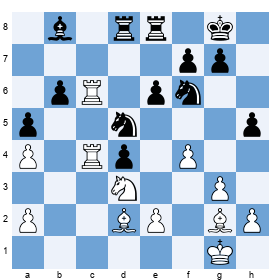 With ideas of soon regaining the pawn.

This gives White an easy time and may even be the decisive error.

Avoiding tricks based on ...♖xd3.

The dark-squared bishop is dominated and this costs Black an important pawn.

White is only a 'doubled pawn up' and Black is about to activate his rook, but it seems that White has enough control of the key squares. 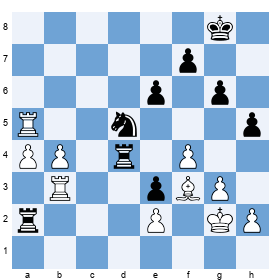 Returning the pawn for a winning endgame.

Picking off both central pawns.

By winning this game the match is all-square at one all and they will now both have a rest day to decide on their next move. The third game will be played Tuesday afternoon.