Did you recognize where the 'position' in the photograph above comes from? Well it is partially the final position from game 2, with the black king placed on a central light-square to indicate a White win, this is the convention when the board is directly connected to the internet.

Anand chose a sound line of the Slav defence in which Topalov had less opportunity to use his attacking skills. A practical approach even if the resulting game was rather dull. Any early White pressure was gradually eased by cautious defensive play.

Here is the game with my impressions.

The most common continuation is the piece sacrifice 7...♗b4 8.e4 ♗xe4 9.fxe4 ♘xe4 10.♗d2 ♕xd4 which has at some point been played by all the top players.

A few years ago 8...cxd4 was popular but the general consensus now is that the complications favour White. So Anand prefers the solid text move at the cost of a space disadvantage. 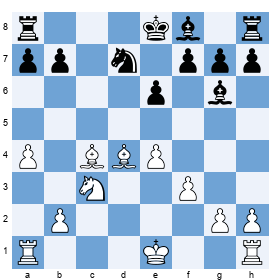 There is little doubt that White is more active, however Black is not giving White any easy targets. In practise White occasionally wins from this position, but most encounters have been drawn.

Keeping any White pieces out of b5.

The idea is to defend g7 in order to develop the bishop. Topalov reacts by increasing his space preponderance on both wings.

With the queens already off the board the king is generally better placed in the centre.

With the e6-pawn defended, this move (which frees the rook from the onerous task of defending g7) becomes possible.

Better than 20...♗xb4? 21.♖b1 ♗xa5 22.♖xb7 which would give White a deadly pin. Anand instead prefers to improve the position of his pieces. 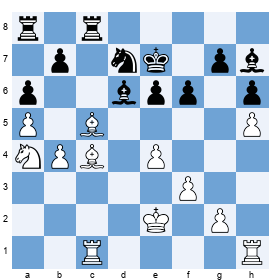 The idea is to seek equality with ...♗g8 and ...e5. Topalov therefore hurries to generate activity as quickly as possible whilst Black's bishop on h7 remains out of play.

Anand is getting his forces co-ordinated and seems to have avoided any serious difficulties.

Exchanging a pair of weaknesses.

Material is equal, but Black has the most serious weakness on a6, so he has to be the more careful.

The bishop zigzags its way back into play. The threat is ...♗b5 after which Black would have no particular worries. 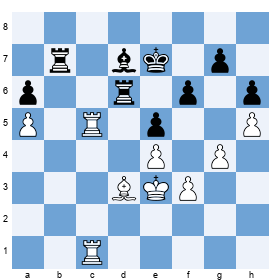 Anand calculates that he can get away with this move, as White's more advanced passed pawn is going nowhere.

Liquidating the queenside and ensuring half-a-point.

Tomorrow, Anand will have White: will it be another Catalan?

So many questions. Who will have the best answers?@ www.FIDE.com