Nigel Short chose an unusual move order which led the game into a Sicilian Dragon with White playing f4. White's development then seemed normal enough, but the Russian found a way to shake up the queenside with a temporary piece sacrifice. With Short trying to hold his various weaknesses together, Nepomniachtchi then smashed through on the kingside with a series of elegant blows.

Dominguez was able to steer the game away from the main theoretical lines and all Ivanchuk could obtain was a slight advantage in development. However with a symmetrical structure and no weaknesses the Cuban was able to gradually nullify White's nominal advantage.

Bruzon-Alekseev was another quick draw which suggests that these two players prefer to avoid losing any more games rather than seeking their maiden victories.

Only half-a-point separates the leaders with Nepomniachtchi coming up fast. He has to play Dominguez and Ivanchuk in his remaining games, so the race for first place is definitely hotting-up.

Although one gets used to it (to some extent!), his name is still something of a mouthful, so I was wondering if he is known by a dimunitive such as 'Nepi'? Just a thought! 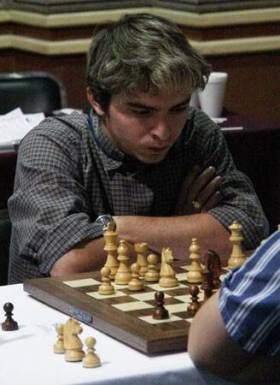 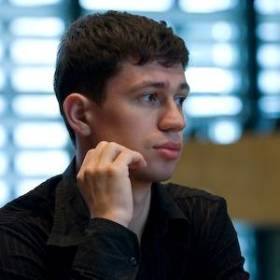